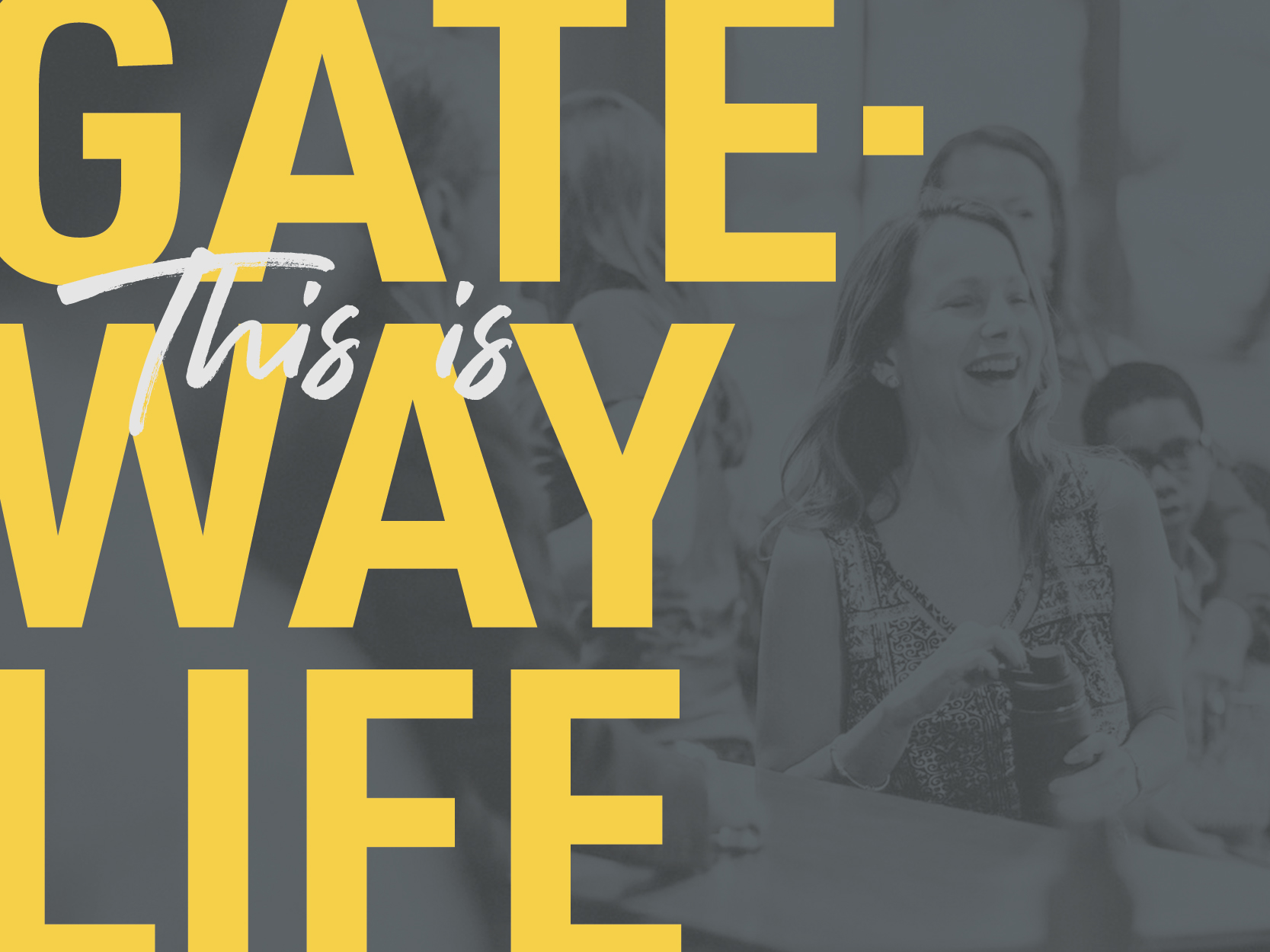 New to Gateway? Want to learn more about who we are? Have questions about how to get more involved? We invite you to join us for Gateway Life. Your next step

New to Gateway? Want to learn more about who we are? Have questions about how to get more involved?

We invite you to join us for Gateway Life. Your next step to discover the life God desires for you!

This is not just a class, it’s a journey. This four-week process is designed to help you connect, discover your inner strengths, and find out how you can make a difference here at Gateway.

Discover your redemptive purpose and live the life God created for you.

I grew up hating God and church. My dad was a pastor of a small church in Colorado and my mother was extremely abusive to both my brother and I (mostly physically, but also mentally). I never understood how someone could praise the Lord on Sunday morning, then turn around and beat their children on Monday (all in the name of Jesus).

From Colorado we moved to California where I was enrolled in a private Christian school where both my parents worked. I was constantly bullied by the same people who were given Christian character of the month awards and were considered “lights on campus” and on top of that my pastors constantly put me down and never were up lifting, even when I went and begged for help. They would say things like, “well maybe if you came to church more, then you haven’t these problems” or “maybe you aren’t cut out to be here”…Needless to say, I hated church.

Because of the bullying, by the time I was in the 8th grade I became very suicidal, and even attempted to take my life. When that didn’t work, I turned to drugs and by the time I was 14 I had developed a sever drug addiction, and continued it for 10 years.

Then I met my wife, who was waayyyy too good for me, and I started to see Gods love for me, but because I still addicted to drugs I couldn’t accept it, nor did I want to.

I went to church, heard the same sermons I had heard 1000 times, but was still never moved. I even tried to find ways to prove that there wasn’t a god. So I would read the Bible looking for contradictions, I would listen to sermons only to find the faults in them. I was lying to myself. So I stopped going and for 2 years shut God out completely.

Then my daughter was born, and my whole life changed. After nearly losing my wife in the birthing process I remembered praying and asking God if he is real- and if he loves me- then to save my wife, and daughter, and he did.

Because of that, my wife finally convinced me to go to church, and I went, but I walked through that door with doubts, and shame. But the moment I walked in, I felt something I had never felt before, it was Gods presents, and overwhelming grace. I sat in the pews and cried and cried listening to the worship leader talking about the severity of Christ’s love on the cross. Then pastor Preston went on to talk about how God is so madly in love with us, no matter who we are or what we’ve done, and how he traded places for us on that cross, and I felt love that I had never before… and the rest is history! I rededicated my life put down the drugs, picked up my bible, and have been so madly in love with God ever since!!

During service a couple of weeks back I was sitting next to a man who was by himself. After worship, the time came where, in service, they provided a prompting question for us to ask the people around us in order to build community. The question this week was “What is one thing you want to improve in this year?” A simple question that really could have had shallow answers and established surface level connection. That is what I expected to happen after all.

After introducing myself and answering the question in regards to my own life, I opened up the floor for my new found friend. Instead of giving a surface level response, this individual opened up about the current struggles that come with marriage. This person expressed how there has been separation over the past year and that the goal for this year is to improve the status of the marriage…something much more serious then my get good grades answer. After some encouragement and getting to know this person more, service started and we parted ways. However, at the end of the service we came back together and I was provided on opportunity to pray for this individual and encourage persistence within the marriage. What came from a simple question was the opportunity to encourage and grow deeper than I never would have been able to on my own!

I knew God was calling me to do something greater than I could ever imagine, but I longed for that understanding and direction. I’ve always had a hard time branching out and doing things by myself, and this was the weekend God changed my life. My roommates were out of town and Mobile Ministry was happening that weekend. I took a leap of faith and went knowing no one.

Little did I know, Mobile Ministry would change my relationship with the Lord and provide me the confidence I needed to strive to serve others. I have never felt so connected to the Lord. Getting the opportunity to share the gospel and help people meet their physical needs gave me a better sense of understanding; that we are all God’s children, and that we need to help our brothers and sisters who struggle in difficult seasons. Mobile Ministry has become a part of my monthly schedule and I will never turn back. I left it realizing this act of service wasn’t for me and my confidence, it was for those who struggle to get by and those who don’t know the Lord. It was to sit in compassion and understanding with them, letting them know that life is so much better with Him by your side.

It all starts back when I was six years old living in Salem, OR. On a cold, rainy morning I crossed the street to play with my friends as my great-grandpa watched me from the kitchen window. A car sped around the corner and hit me head-on. My parents threw me into the back of the station wagon, and we headed to the emergency room. When we arrived, they told my dad surgery was not possible because it was a catastrophic brain injury and the anesthesia would kill me.

I’m not sure what exactly happened, but I remember my dad was able to distract me for the first two hours of surgery and I made it through. But the road to recovery after that was tough and my memory was not so great and pain from the neck up was constant…When I was 15, I had my first sip of alcohol at a family Christmas party and all my pain vanished, euphoria came over me. I proceeded to deal with my pain through drugs and alcohol for the next 32 years.

In 2012, I went into recovery….After 28 months of recovery, I started to get some clarity. I was in the middle of a study on Romans when God clearly explained to me that all my burdens were really blessings in disguise.  My relationship with God started to change and I began talking to Him all the time.  My pain started to diminish and my relationship with my wife and kids improved!

I finally decided that I needed to give it all to God and completely surrender, give my life to Him. Surrender sounds completely counter-intuitive but the more I surrendered to Him the better I felt. I remember watching Passion of the Christ one day and I just couldn’t believe Christ would die for someone like me. I cried for hours and although I fall short of the Glory of God every day, I know that Christ died for me and He took my sins with Him.

My pain and memory problems still exist, so I continue to just focus on Him, and my comfort is knowing that God works all things for good for those who love Him, and I am a beloved son!